Review of TRANSFORMERS: THE LAST KNIGHT (2017) 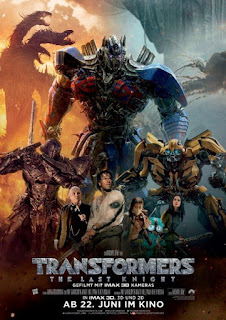 My alter ego's (well, technically I'm the alter ego) review of the newly-released TRANSFORMERS: THE LAST KNIGHT (2017) is now showing at Cinema Knife Fight. Heck, even the review was a bit chaotic, trying to cover as much as possible. Because one thing I can say, there's a lot of stuff happening in this one. Not all bad, mind you, but.... anyway, see what I have to say here. Don't usually pan many films, but this one, as I say early, was a train wreck. Not all bad, but... see what I have to say and if you agree.

If you'd like to see all my film reviews and discussions, you can find them here!
Posted by Daniel G. Keohane at 8:15 AM No comments: